Coloratura soprano. In 2001, she graduated with honours from the Academy of Music in Krakow in the Singing and Acting Department under the supervision of Prof. Wojciech Jan Śmietana. She has been perfecting her vocal skills during numerous master classes led by many outstanding teachers and singers such as Paul Esswood, Anne Reynolds, Lioba Braun, Christian Elssner and Ryszard Karczykowski.

She is a laureate of many national and international com­petitions and festivals, i.e. in 2010 she received the 3rd prize in the category of female voices in the 7th Interna­tional Stanislaw Moniuszko Vocal Competition in Warsaw and in 2012 she was honoured with the Jan Kiepura The­atre Music Prize in the “Best Female Singer” category. In July 2014 she became the winner of the Malopolska Region “Ars Quaerendi” Award for outstanding actions in promotion and popularization of culture.

She is the soloist of the Krakow Opera where she made her debut in 2001 with the Queen of the Night part in Die Zauberflöte by W. A. Mozart.

Especially significant roles in the artist’s achievements include: Rosina in Il Barbiere di Siviglia by Rossini, Gilda in Rigoletto, Violetta in La Traviata by G. Verdi, Norma in Norma V.Bellini, Roksana in King Roger by K. Szymanowski, Fiorilla in Il Turco in Italia by G. Rossini, Zerbinetta in Ariadne auf Naxos by R. Strauss, Olimpia, Antonia, Giulietta and Stella in Les Contes d’Hoffmann by J. Offenbach and most often performed role of the Queen of the Night in W. A. Mozart’s Die Zauberflöte. With Lucia’s part (Lucia di Lammermoor by G. Donizetti) she made her debut at the National Opera in Warsaw.

She cooperates with opera theatres in Poland and abroad. She has made several tours in Austria, France, Spain, the Netherlands, Germany and Switzerland with the opera ensembles from Bydgoszcz, Lodz, Gdansk and Szczecin, performing in such halls as Bregenz Fest­spiel und Kongresshaus in Hannover, Berlin Philharmonie, The Philharmonie in Munich, Gewandhaus in Leipzig, Rot­terdamse Schouwburg in Rotterdam.

Her artistic output comprises over 40 operatic, operetta and musical leading roles which she has performed in 50 different premiere performances, festival and repertoire productions of many opera theatres in Poland and abroad.

She has made numerous recordings for the Polish Radio and Television, including the extremely rare «Concerto for Soprano and Orchestra» by Tadeusz Zygfryd Kas­sern which was repeatedly presented in the Channel 2 of the Polish Radio.

She is a pedagogue of the Academy of Music in Krakow where she conducts the class of solo singing. In Sep­tember 2006 she was conferred the doctor’s degree and in July 2014 – the postdoctoral degree in music – vocal art. She conducts master classes for the youth and young adepts of the vocal art. 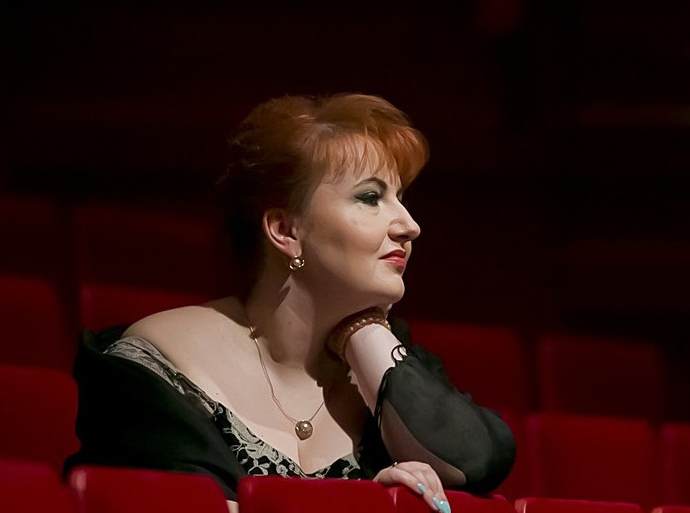