A graduate with honors of the State Higher School of Music in Warsaw, where she also received a Kazimierz Czekotowski Award. As a third-year student, she made her debut at the Grand Theater in Warsaw, in which, after graduation, she was permanently employed. On the Warsaw stage, she has realized more than 30 leading soprano parts in operas ranging from Mozart to Penderecki. The singer participated in concert performances of: The Trojans by Berlioz, Mephistopheles by Boito, Dèbora e Jaéle by Pizetti, The Lithuanians by Ponchielli.

The artist's concert repertoire includes soprano parts of great oratorios from the Baroque to the present day. She became famous as a performer of works by Górecki, Kilar and Penderecki. In Carnegie Hall, she sang in a Dvořák oratorio, Svatá Ludmila.

In 1999, she received an Award of the Minister of Culture and Arts for her achievements in the field of vocal music, and in 2000 – the Andrzej Hiolski Award for the best opera part of the season of 1999/2000. She was awarded with the Gloria Artis Medal of Merit to Culture. Working as a teacher at the University of Music in Warsaw, in 2012 she was given the title of professor.

She acted as a President of the Jury of the 8th International Stanisław Moniuszko Vocal Competition (2013). From the season 2013/14 she has been the Casting Director Grand Theater - Polish National Opera and the Opera Academy vocal tutor. 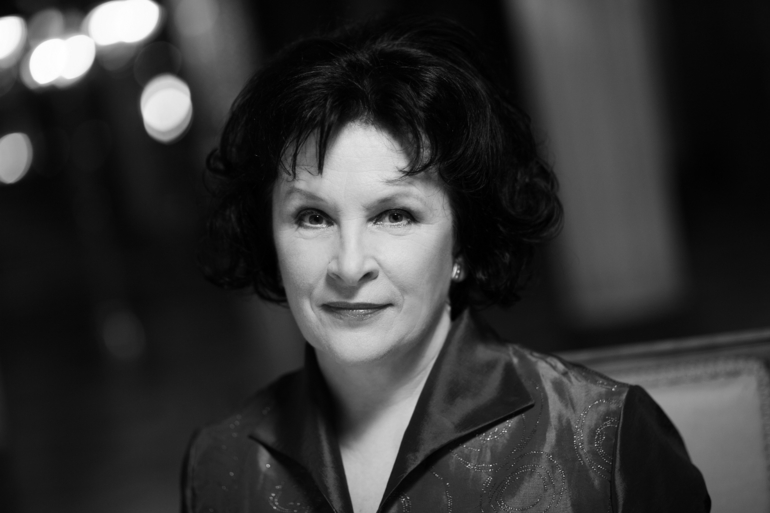