Representatives of musical institutions, prominent and well-known artists, pedagogues and, above all, entrants of the vocal arts will visit a charming, little town in the South of Poland called Nowy Sącz to attend the jubilee edition of the Ada Sari International Vocal Artistry 20th Festival and 18th Competition, the oldest vocal competition in Poland, starting on April 27th, 2019. This year, organizers expect 81 young singers from 14 countries.

Jubilee 20th Ada Sari International Vocal Artistry Festival will start on April 27th, 2019, at the Krzysztof Penderecki European Centre for Music in Lusławice. In an extraordinary event, we will hear a concert performance of Giacomo Puccini’s opera Suor Angelica and Ludomir Różycki’s symphonic poem Anhelli op. 22. It is no coincidence that the works of these two composers are combined: writing the one-act opera Suor Angelica, Puccini was inspired by the cloister act from Różycki’s opera Eros and Psyche. The solo parts will be performed by finalists of previous editions of the Competition, as well as Małgorzata Walewska. The Beethoven Academy Orchestra and the Polish Radio Choir in Krakow will be conducted, for the second time in the Festival’s history, by José Cura, world-famous singer and conductor.

The Festival and the Competition, held cyclically every two years, incessantly since 1985, quickly became something more than just a rivalry of singers on stage, promoting the opera art locally, in Małopolska, at a national and international level. It was in Nowy Sącz, on this competition stage, that artists such as Piotr Beczała, Andrzej Dobber, Milijan Nikolić, Anna Simińska, Anna Lubańska and Arnold Rutkowski started their careers.

From April 27th to May 5th, gifted young vocalists from 14 countries (Poland, Austria, Brazil, Croatia, China, Georgia, the Netherlands, Ireland, Israel, Russia, Romania, Slovakia, Ukraine, Italy) will present their skills in front of a jury of artists, opera agents, pedagogues and representatives of music institutions from around the world. Next to chairwoman Małgorzata Walewska, the jury will include: Josef Fuchs - casting director at Nederlandse Reisopera, Katarzyna Oleś-Blacha - singer, teacher at the Music Academy in Krakow, Ioan Holender - artistic advisor at the Tokyo Spring Festival, Izabela Kłosińska - singer, casting director at the Polish National Opera, Franziska Hunke – director of the “Artista International” Agency in Munich, Constanze Könemann - director of the “Canto +” Agency in Baden--Baden and Wojciech Maciejowski - singer, singing teacher, secretary of the jury.

The Winners Gala Concert will take place on May 4th, 2019. The soloists will be accompanied by the Orchestra of the Silesian Opera conducted by Maestro Sebastian Perłowski. Winners will be awarded following prizes: separately for male and female voices, as well as honorable mentions and special awards. The prize pool this year is 16,000 Euro. A day later, on May 5th, the concert of the best singers will be repeated at the Silesian Opera in Bytom.

It is worth recalling that the Ada Sari International Vocal Artistry Festival and Competition was initiated in May 1985 thanks to two figures: prof. Helena Łazarska, then head of the Department of Vocal Studies at the Academy of Music in Krakow and full professor at the Universität für Musik und darstellende Kunst in Vienna, and Antoni Malczak, a long-time director of the Province Cultural Center and the SOKÓŁ Małopolska Cultural Centre in Nowy Sącz. In 2015, outstanding Polish mezzo-soprano Małgorzata Walewska was nominated Artistic Director of the Ada Sari International Festival and Competition.

CONCERT OF THE MUSIC ACADEMY IN KRAKOW - WOLFGANG AMADEUS MOZART

Finals of the Competition 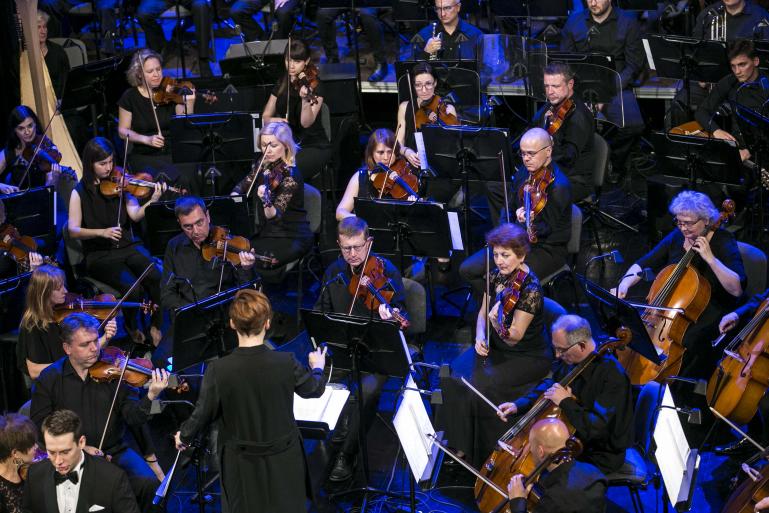